Note: This web page is posted on behalf of candidate(s) for affiliate officer positions, who are solely responsible for its content. The views and/or opinions expressed in this web page are those of the candidate(s). UNAC/UHCP does not endorse or otherwise support any candidate for union office. UNAC/UHCP does not review, control, or guarantee the accuracy, relevance, or completeness of information contained on this web page. All candidates for affiliate office have been given the option to submit a biography and photo for posting on our website. 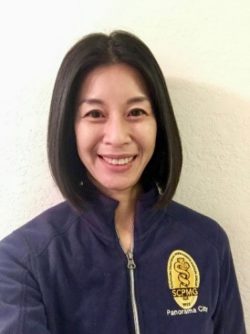 Hello fellow KPASCO members!  My name is Marsha Vinson and I am running for the office of KPASCO 1st Vice President.  After graduating from UC Berkeley School of Optometry, I completed a Low Vision and Ocular Disease residency at the VA Los Angeles and became an Assistant Professor for the Southern California College of Optometry.  In 2000, I joined Kaiser at Panorama City and witnessed the birth of KPASCO in 2002.  I understood the importance of having a voice in the workplace and became a UBT Co-Lead, LPPC member, and local union representative.  From 2017-2018, I was your KPASCO Contract Specialist and I am currently your Affiliate Secretary.  Last year, I also had the opportunity to participate in local contract negotiations as one of your bargaining team members. I currently represent you on the Regional Professional Practice Committee (RPPC) and was involved in negotiating your Incentive Plan for the last two years.  Through these experiences, I’ve had the pleasure of meeting many of you and listening to your important issues.  I hope to continue to support and advocate for you as your 1st Vice President.  Thank you.