Last night, millions of Americans stayed up to watch the U.S. Senate vote on the so-called “skinny repeal.” The bill was given the name because it repealed only some of the Affordable Care Act. It would have ended the individual mandate to purchase health insurance, the employer mandate controlling rules for companies to provide health care to employees, and cut funding for various other health groups, including the Centers for Disease Control and Planned Parenthood. The non-partisan Congressional Budget Office estimated 16 million Americans would have lost insurance and those who purchased non-group insurance would see their premiums rise 20%.

For those of you who watched, it was quite a show. Earlier in the day, Senator Mazie Hirono of Hawaii shared her brave story of fighting stage 4 cancer while fighting for health care for millions of Americans.

The text of the so-called skinny repeal was released just two hours before the vote. Then, as the twenty hours of debate on the health care bill was ticking down to the final minutes, Wyoming Senator Mike Enzi took the floor and filibustered until midnight, refusing to take questions from other senators about the bill.

As crowds swelled outside the U.S. Capitol chanting, “kill the bill,” U.S. Vice President Mike Pence and his motorcade headed to the Senate floor in order to be prepared to cast the tie breaking vote anticipated by Republican leaders in the Senate. In order for the skinny repeal bill to pass, only two Republicans could vote no. When there is a tie in the Senate, as would have occurred if two Republican senators had voted against the skinny repeal, the Vice President votes to break the tie.

As the vote opened, millions of Americans took to Twitter to discuss the body language of many key senators in an attempt to discern whether the skinny repeal would pass. While the voting period was open, the actual voting did not happen until the very end, which is not standard operating procedure. Vice President Pence could be seen lobbying three crucial senators. Two, Senator Susan Collins of Maine and Senator Lisa Murkowski of Alaska, had voted no already on a procedural vote and were likely no votes on the skinny repeal. The third, Arizona Senator John McCain, had returned to the Senate earlier in the week after undergoing surgery to remove a brain tumor the week before. The body language didn’t look good for the Republican efforts.

Finally, the Senate began the actual voting. As Senators voted along party lines, suddenly a loud gasp came from the Senate floor as Sen. McCain voted no. With three no votes from Senate Republicans, the bill failed. For those of us committed to increasing access to health care, there are three Republican senators who deserve our thanks for their brave votes last night: Senator Susan Collins of Maine, Senator Lisa Murkowski of Alaska and the aforementioned Senator John McCain. Despite intense pressure from their Republican colleagues, they voted their conscience.

Is this the end of attempts to repeal the Affordable Care Act? That remains to be seen. It is likely that Sen. McCain will lead bipartisan efforts to fix limited parts of the Affordable Care Act instead of the repeal and replace approach that failed this week. UNAC/UHCP will continue to monitor health care legislation in the U.S. Congress and keep members up to date on major developments. In the meantime, if you are fired up, please join us tomorrow in downtown Los Angeles for a health care rally where UNAC/UHCP President Denise Duncan will speak. Information is below. 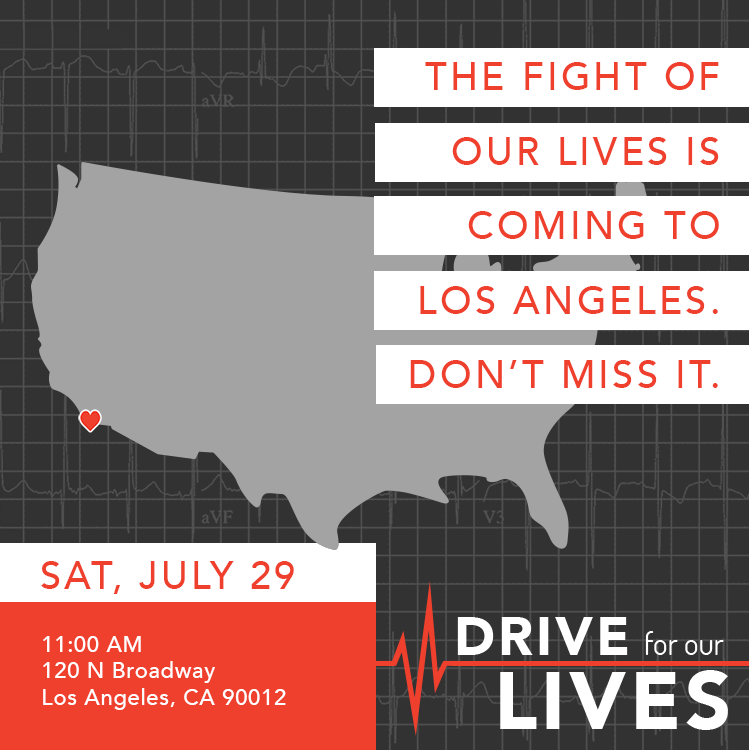