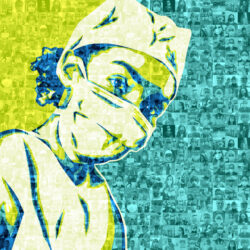 Nearly 32,000 KP workers in total will be on strike from 11/15—nation’s largest strike this year by far

LOS ANGELES – Today, UNAC/UHCP members delivered a ten-day notice of a strike against Kaiser Permanente, covering 21,000 registered nurses, pharmacists, midwives, physical and occupational therapists, nurse practitioners, physician assistants and others throughout Southern California. The last time UNAC/UHCP struck against Kaiser was 1980, before many of its current members were born. In 1995, members voted to authorize a strike but settled the contract prior to striking.

Photos available for use from UNAC/UHCP’s October 30 rally and march in Pasadena.

The 7,400 members of United Steelworkers (USW) Local 7600 in Southern California and 3,400 members of Oregon Federation of Nurses and Healthcare Professionals (OFNHP) will also strike against Kaiser Permanente beginning the same day.

Registered nurses and health care professionals are striking over Kaiser Permanente’s proposals to depress wages for current employees and slash wages for incoming workers during a national health care staffing crisis. Other health care systems across the nation—some not as fiscally strong as Kaiser Permanente—are making the right choices for patients by attracting the best caregivers with large wage increases and special incentives, from signing bonuses to onsite childcare. Meanwhile, KP—sitting on billions of cash—has failed to address union proposals that would tackle pressing problems such as staffing shortages, racial justice, and equal health access.

“The lives of our patients and the health of our communities are dependent on the outcome of these negotiations. For weeks, we’ve been beating back a two-tier wage package which would impact our ability to hire, recruit and retain during a severe shortage of nurses, health care workers and professionals—wage proposals that resemble those of a slash-and-burn corporation, not the leading health care provider that our members helped build. For health care providers, a strike is always a last resort, but it’s clear from the employer’s latest proposals that this is the path they’ve chosen. Nurses and health care professionals have one priority: delivering the best possible care to our patients. Kaiser’s actions are destructive to that priority. These next few weeks will define us.”

Kaiser Permanente’s most recent proposal, delivered in bargaining on Tuesday, November 2, was something of a trojan horse maneuver to push through its two-tier wage proposal, poorly camouflaged by sub-par wage increases and bonuses. They raised their 1% wage proposal for current employees to 2%. In the first two years, an additional 2% lump sum would temporarily pad workers’ take-home pay. In year three of a four-year contract—under the guise of partnering—workers would be asked to take another lump sum payment in exchange for a 15% slash to the wages and benefits of future members.

“In all honesty—and others might use different words—I call baloney. We’re saying no to a two-tier system and we mean it. Great health care is based on teamwork. A two-tier wage system would destroy team morale and be disastrous for recruiting new nurses and caregivers.”

Kaiser will claim that its workers are overpaid, citing a fatally flawed wage study conducted unilaterally, in violation of its 2018 agreement with UNAC/UHCP and the other unions in the Alliance of Health Care Unions. The study compares KP to small rural hospitals, rehab nursing homes, and non-union employers, while leaving out comparable, large health care systems like Sharp, Scripps, and the University of California.

Get the facts on KP’s proposals and their impacts here.

“We are very much concerned with Kaiser’s demands to establish a two-tier wage structure for new employees,” reads the letter from Toni G. Atkins, Senate President Pro Tempore and Anthony Rendon, Speaker of the Assembly to Greg Adams, Chairman and CEO of Kaiser Permanente Hospitals and Health Plan, Inc. “We understand this issue had been the primary reason these negotiations have stalled during a period when good labor and management relations are critical to address the increased demand for quality health care services throughout California. Installing a two-tiered hiring and wage system would undermine this relationship.”

Kaiser has also alleged that workers going on strike would be abandoning their patients.

“My son was born at Kaiser. My doctor is at Kaiser. The reality is: we’re not just Kaiser staff, we’re Kaiser patients. This stuff is real for us. We’re relying on the future generation of nurses to take care of us too. We’re striking in solidarity with those nurses and for our own families.”

More on the strike authorization votes and the issues involved: